On Thursday the 15th September 2016, the Australian Government announced significant changes to their superannuation reforms. The reforms as previously announced in the budget left both financial professionals as well as the general public quite confused as to what they could and couldn’t do with super.

One of the biggest bugbears from the previously announced reforms was a retrospective $500,000 lifetime limit on Non-Concessional Contributions (contributions using after tax dollars).  Financial Professionals were at a loss as to how this could be tracked with no records of the actual contributions made in member’s statements or in the tax returns. Thankfully this reform has been removed and replaced with some more sensible changes.

Instead of restricting the lifetime limits on contributions to $500,000, the government have announced that they will reduce the annual limits on Non-Concessional Contributions. Before the reforms, the Non-Concessional Annual Limit was $180,000 per year, with the ability to contribute up to $540,000 in one year, provided you didn’t contribute any more the following 2 years. This is what is known as the “Bring-forward rule”.  Under the new rules, this has reduced to $100,000 per annum. The Bring-forward rule will still be in place, but reduced to $300,000. Non-Concessional Contributions will no longer be allowed once the proposed $1.6M transfer cap has been reached.

Concessional Contributions (pre-tax contributions such as SGC, Salary Sacrifice, etc.) will be limited to $25,000 per person regardless of age. There were some concessions if you were over a certain age that you could contribute $35,000 per annum. There is now an individual cap for everyone. This reduction in the limit will take place from the 1st July 2017.

As part of the budget reforms it was announced that from 1st July 2017, individuals with super balances of $500,000 or less, the member will be able to use their unused concessional contribution cap from the previous 5 years to increase their current year’s contributions. This means if you were allowed to contribute $25,000 per year, but you only contributed $20,000 per year, then in year five, you would be able to contribute $45,000. Under the changes to the reforms, this will commence on the 1st July 2018, one year later than originally planned. Only unused amounts accrued from 1st July 2018 can be carried forward.

The government confirmed that the Division 293 tax on Super will apply to those with taxable income over $250,000. When this was introduced in 2012/13 the income was $300,000. Division 293 Tax is charged at 15% of an individual’s Concessional contributions above the ordinary tax on super.

Finally, the government has backflipped on their announcement to remove the “Work Test” for those aged 65-75 to make contributions into Super. This means that if you are over 65 you will need to work at least 40 hours in a continuous 30 day period if you wish to make super contributions.

Overall, these changes are positive. The removal of the $500,000 lifetime limit on Non-Concessional Contributions is the smartest of the changes. This was going to be a nightmare to track these lifetime limits so this will reduce the burden on the taxpayer and their professionals.

If you have any questions in relation to these items please see professional financial advice. If you contact South East Accounting on (03) 8768 8788 and we can direct you to one of our financial planning partners.

Paul is a member of the Institute of Chartered Accountants 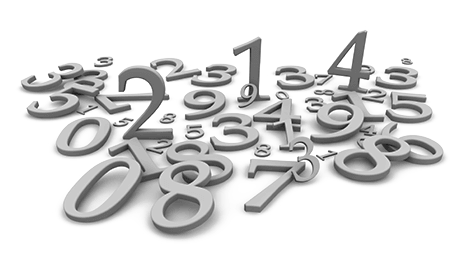 What Do The Numbers In My Business Tell Me?

What Do The Numbers In My Business Tell Me?
Would you like to talk to a professional? Book Appointment